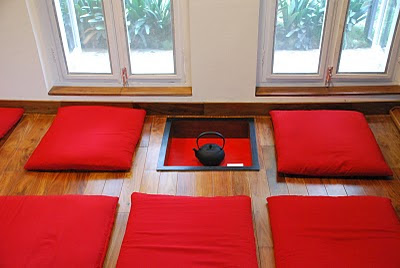 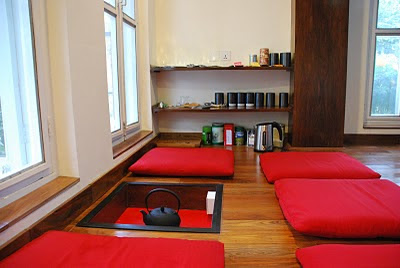 For past few months I have been retrofitting my house. While at it, I decided to make a small tea corner in "Japanese style" with a sunken floor and a tetsubin ( 鉄瓶 ) or iron kettle from Japan. Not very successful but it is my first attempt at it. So please be kind in your critique!
Posted by Lochan at 18:10 No comments: 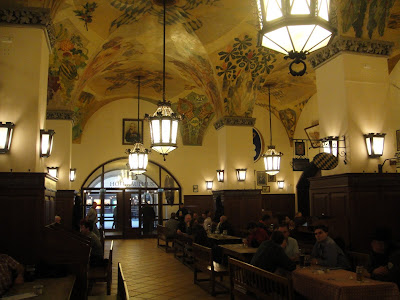 Hofbräuhaus, München was founded in 1589 and is one of München's oldest beer halls. Amongst the famous visitors were W.A. Mozart, Vladimir Lenin, Adolf Hitler and J.F Kennedy. Its beer was so famous that it once saved the city from total destruction when the Swedes invaded Bayern in 1632. In lieu of total destruction of the city, they agreed to take 600,000 barrels of beer! So, no tea here. Only beer.
Posted by Lochan at 18:04 2 comments: 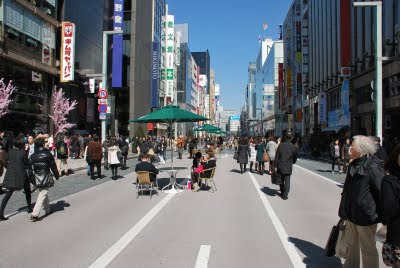 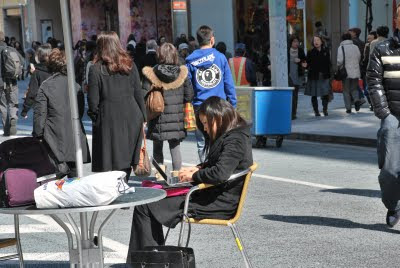 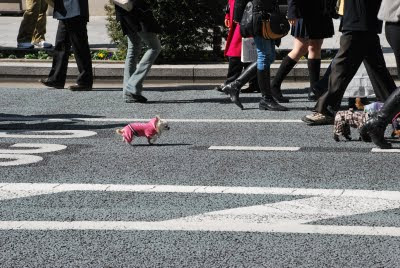 Fashionable Ginza turns positively pedestrian on Sunday afternoons. You can sit in the middle of a road formerly occupied by vehicles and do your own thing or just watch the world go by. While dogs in the middle of the street is common in Nepal, it is nice to see one in one of the main drags of Tokyo. Ginza (銀座) means Silver Mint. In the 1600's to 1700's a coin mint was indeed located in this area. These days it is the shops selling famous brands that mint money here.
Posted by Lochan at 13:40 No comments: 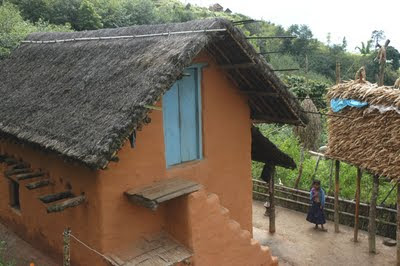 A typical Nepali village house with thatched roof and the exterior coated with a mixture of red mud and cow dung. Due to thick walls and bricks, they are quite well insulated. These types of houses are gradually being replaced by ugly concrete environmentally unfriendly structures. (Photograph was taken near Jun Chiyabari tea garden's outer division in Dhankuta in east Nepal.)