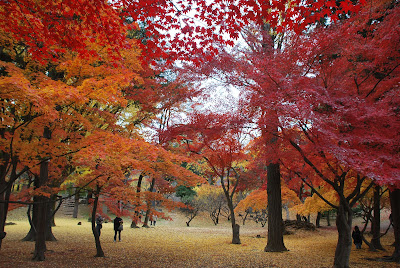 
Perhaps my loveliest visits to Japan was in the autumn of 2009. Really enjoyed the autumn colours along with good food and everything in Nagano ken that year. Despite the cold, a warm colourful nostalgia overwhelms me. 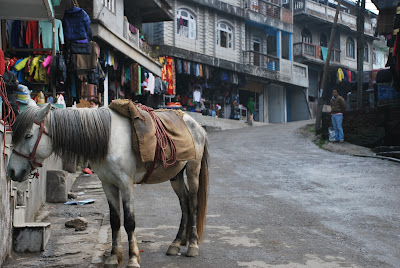 Pashupatinagar in Ilam district of Mechi zone in Nepal is a small town through which Indians and Nepalis can cross into each others' countries. The other side is Darjeeling district. Unfortunately and irrationally India does not allow foreigners from other countries to use this border.

Unfortunate because genuine foreign tea buyers and tourists have to make a long winded trip via Kakarbhitta and Siliguri to Darjeeling spending the whole day when this could be done in 1 hour. Tourists going to Sikkim also have to make a long detour wasting time and fuel.

Irrational because sometimes I have seen Bangladeshi passing themselves off as Bengalis and crossing into Nepal rightly making a mockery of this irrational rule.

Pashupatinagar itself was a one trick pony town in its earlier incarnation when foreign brands and goods were difficult to buy in the India of the pre 1990's. It was the shopping mecca for Indians from across the border who invariably bought good quality but cheap Chinese products.

All goes to show that you cannot stop the people from crossing borders despite the rules. And pragmatic economics always trumps bad politics.