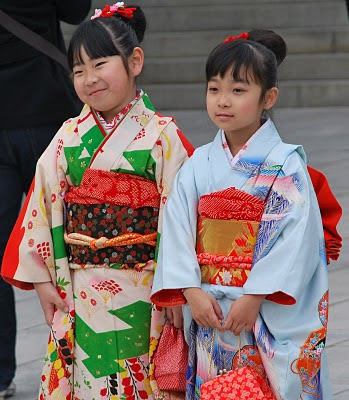 Each of these tragedies including the tragedy of the 1940's war was followed by a great revival and renewal in Japan to make it stronger and better than before. After the 11 March 2011 Tohoku Earthquake it is time for the young of Japan to step up and deliver like their parents and grand-parents did and make it a better and stronger place.

No doubt the young ones, represented by these two very young girls photographed few days before 11 March 2011 will make it happen in the coming years. Having known Japan and having loved it, its people and culture for these many years I have no doubt about a great renewal there.
Posted by Lochan at 10:29