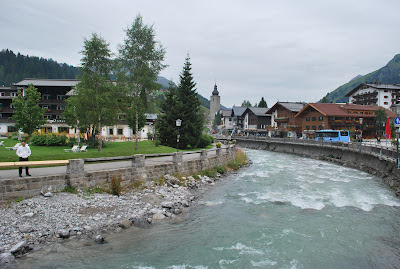 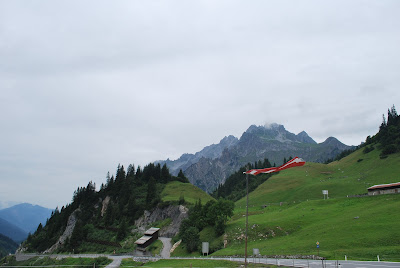 25 years ago this month Erwin Schneider, one of the great mountaineers of all time passed away in Lech am Arlberg, Austria. In the early 1980's to mid 1980's he often stayed in our Hotel Narayani in Kathmandu. I used to meet him regularly during my rounds. Apart from being a great mountaineer he was a great cartographer and his maps of the Himalaya of Nepal are world famous.

When I first met him at the poolside garden of our hotel, he asked my age. Upon learning my age, he remarked, "Oh! I was on the 1930 Kanchenjunga expedition at that age".  Despite the age difference we became friends.

Many years later while driving from Innsbruck to the Swiss border I passed by Lech. I managed to locate his residence in Lech but was told by the occupant that he had passed away years ago. 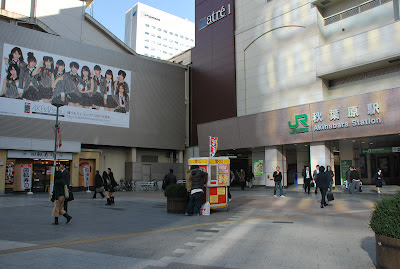 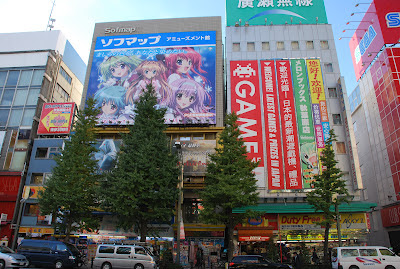 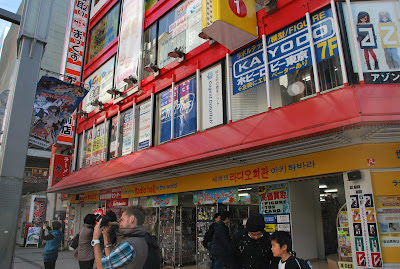 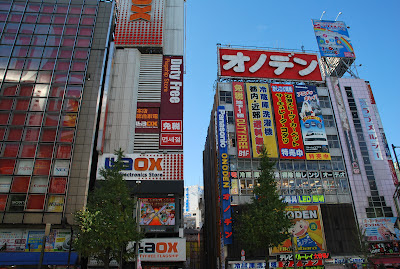 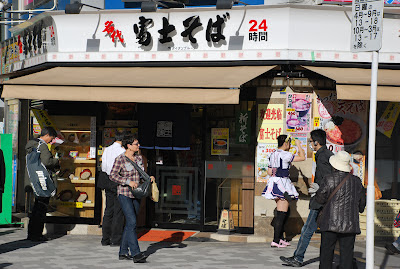 Don't let the peaceful image of Akihabara station fool you. This is an area buzzing with gaudy colours, garish signage, megaphone marketing and maid cafes. It is every foreigner's stopover to buy some gadget that is not available at home, like Panasonic's Gopan at the giant Ishimaru store. And a place populated by nerdy Japanese geeks known as otaku / おたく as it is a paradise for manga, anime and video games.

Image:
Top Akihabara Station
Mid and Bottom: Around Akihabara
Posted by Lochan at 16:33 No comments: 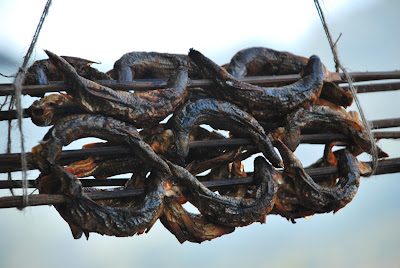 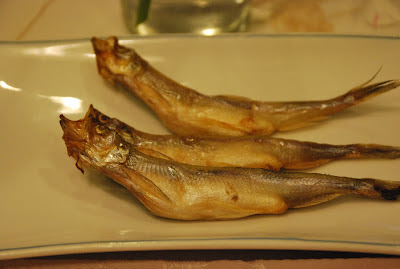 How does it happen?
I take this dried fish, your gift,
and go to the shore
and throw it into the ocean:
it rises and swims away.

Tsukan was an early Chinese Zen master from the Tang period. He emphasised the importance of being "at onesss with work". I do not know the appropriate kanji for this but possibly it could be  無事. 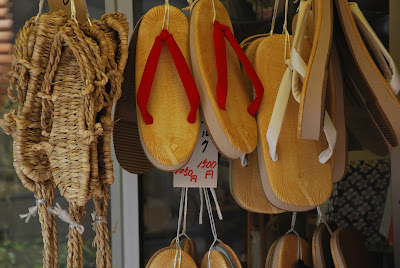 The straw sandals on the left being sold at Yanaka Ginza 谷中銀座 is almost identical to traditional straw sandals of Kathmandu. Had it not been for the more traditional Japanese sandals to the right I could have been fooled into thinking that I was in Kathmandu Valley and not 谷中 Yanaka.
Posted by Lochan at 14:10 No comments: 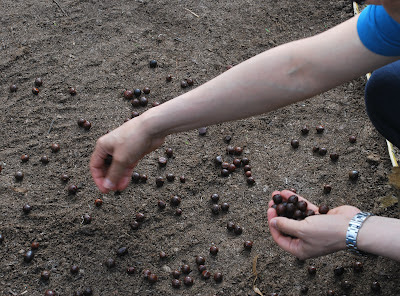 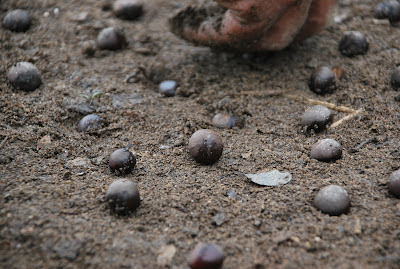 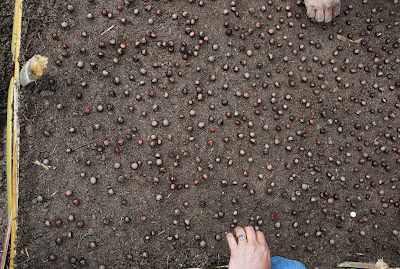 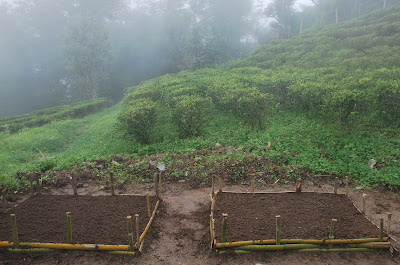 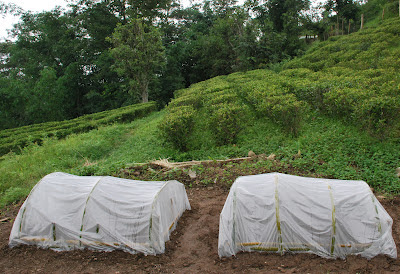 While planting tea from cuttings (clones) is the norm these days, in the old days tea gardens were populated with seeds. There is some debate as to which is better.

Seed plants are really slow growing and due to sexual reproduction one is never sure of the character of the final product. Clonal tea plants on the other hand are faster growing and the tea character is known well in advance. As a result most farmers do not prefer seed plants.

However it is important not to go the Gros Michel way. Sexual reproduction shuffles the gene pool continuously building up a variety of tea plants. This will ensure the survival of some tea plants in an event of a deadly disease.

Long and really long term versus short and medium term. Take your pick.

Images: Propagating tea seeds at Jun Chiyabari at ca. 1835m (July 2012).
Top and Second from top:  Tea seeds that had been soaked overnight are placed on a carefully prepared nursery bed.
Third from top: Seeds are carefully patted down into the soil.
Fourth from top: A thin layer of soil is added to cover the soil
Bottom: Plastic sheeting covers the seed nursery to protect it from the elements and to generate some warmth.
Posted by Lochan at 17:20 No comments: 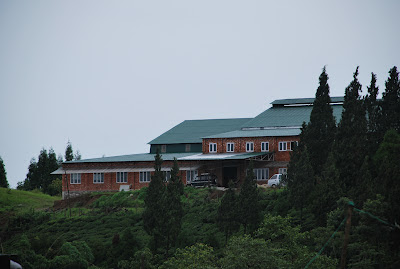 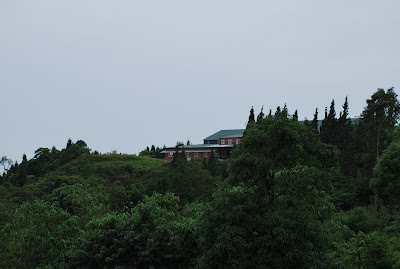 摸着石头过河。Cross the River By Feeling The Stones.
- Deng Xiaoping October 1984


In a sea of green Ilam Chiyabari's factory looks wonderful. Although it is in the third year of production the final shape of the factory and the machinery inside has been built slowly over time. It is still in progress!

You could almost say that we were following the dictum laid down by Deng Xiaoping. That is to say, moving ahead slowly, pragmatically and step by step and in keeping with the experience of the past rather than dogmatically. Much like crossing the river by feeling the stones.
Posted by Lochan at 16:41 No comments: